This was our third time playing a library minigolf event and it was similar in many ways to the other two, being developed by the same company.  However, we did find this course to be a little easier as the library was a bit smaller than others that we’ve played.  As a result the holes were not as long and windy, meaning you had a much better chance at twos and aces on more of the holes.  The design of the holes again reflected local businesses or library history.  In some cases there was a lot of thought put into the “playability” of the design (e.g. velcroing the bowling pins to the ground so they didn’t move) while other times the design was to the detriment of the play (e.g. having a bunch of small, movable, stuffed animals strewn about the hole). The course did have what seems to be a signature hole for this company, a down the stairs design that very often leads to an ace, and it was always a fun play in the middle of the round.

Given that it didn’t differentiate itself much from the other library course it ended up with a very similar score, with a slightly lower difficulty.  When we played the course it was fairly empty but we could see it being a bit frustrating to play if it was very busy as the size of the library also didn’t allow for much room between the holes.  However, at the cost we’d definitely visit again to support the local library, should they do the event again. 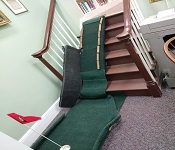 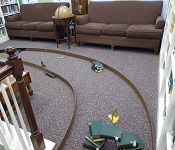 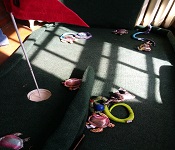 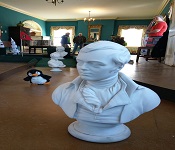 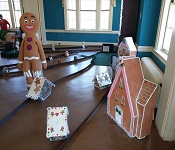 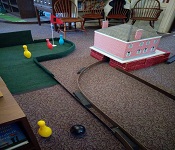 Generally agree with the previous Putting Penguin review {from 2018}, however I thought the difficulty was slightly higher due to there being no carpeting on the upper floor - allowing for the ball to roll uncontrollably. The course had two down the stairs holes with small prizes offered at the (2nd) finishing one. This was a very enjoyable (if small) venue & the staff was extremely courteous.