We have to start this review by saying the view from this course is one of the best we’ve seen in a miniature golf course.  It sits on the roof of Ponce City Market in a midway-themed park that has other carnival rides.  From the course you get a beautiful view of downtown Atlanta, which is especially pleasant in the evening. The course is also in very good condition considering the amount of foot traffic it must get when the park is busy. The course plays true as well on most putts and we liked the “big golf” style tee markers to denote where to start.  That’s about the extent of the positive attributes.

The first knock this course has against it is that it’s not an actual Putt Putt course (and we’re hoping they don’t run into any legal problems with that) so it’s a bit of a misnomer. In fact it lacks any sort of walls, which leads us to our second point. If you play the course as designed and try to follow the actual “fairways” it would probably be 2-3 points higher on the difficulty scale.  However, the design of the “rough” and the pathways leads to a lot of obvious shortcuts and if you are “any path to the cup” players like we are, you can take advantage of this design.  Which is probably why both of us were several strokes under par for the round.  The hole design is also pretty repetitive with the use of small metal bridges or boxes with several openings being the most used obstacles.   However, there was one “roulette” hole that had the ball spinning around to various outcomes that was a bit unique. The course features metal cups (though they weren’t as annoying as usual) and the 19th hole doesn’t actually give you a chance at winning anything. Lastly, the course does need some better signage as no less than 4 groups (including ourselves) could not find where to go for the 4th hole!

The biggest drawback this course has is the price.  There is a $10 fee to get up to the Skyline Park to start with and then to play minigolf it’s an additional $10 for the round.  This resulted in a $20 round for us and the course was definitely not worth that price. One softening blow is that you are allowed to purchase adult beverages and take them with you on the course, which always makes for an enjoyable round.

With the cost it’s hard for us to suggest you go there just for the minigolf but if you plan on having a few drinks, playing some carnival games and don’t mind the “cover” you definitely should play the miniature golf course as you will have a good time. 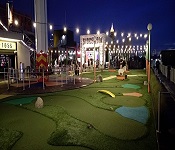 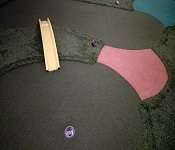 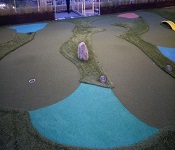 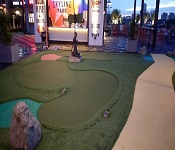 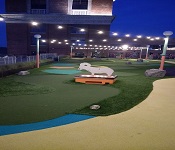 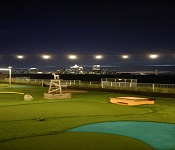 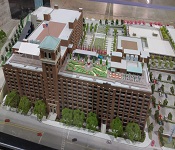