The best thing about Pirate’s Cove miniature golf courses is that in our experience they are a sure thing in what you are going to get – well maintained courses, good theming and an overall positive minigolf experience. This one stands up to the rest earning a very high score from us.  During our trip we only had time to play one of the courses so we selected the easier of the two.  An average putter will come in quite close to par and an experienced putter could shoot around a 36 or lower with a little luck.  There are several very ace-able holes on the course. The carpets were in excellent condition except for one area that was waterlogged from the river running over it but even there it was just wet and not moldy.

There were only a few drawbacks on this course that kept us from giving a 10.  First they used the metal cups for their holes but they didn’t interfere with much given the easier nature of the course.  While the theming was great on the course with a pirate ships and villages, most of it was contained to the front of the course and the first few holes.  As you made your way up the mountain the theming sort of died off, leaving just the Pirate facts and stories that were scattered around.  However, the music did follow you the whole way and was theme appropriate.  Our final comment is that not including tax in course prices is quickly becoming one of our biggest pet peeves.  While we don’t pay for much with cash anymore, it is still annoying to get out your cash while waiting in line because you see the price in big letters only to find out you now have to deal with change because of tax.  Courses – keep it simple for your people and do everything so it rounds evenly!

Despite the few comments above we would still highly recommend playing this course.  It’s one of the best on International Drive and well worth the time to visit. 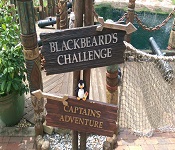 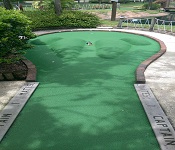 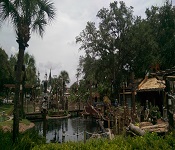 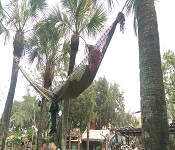 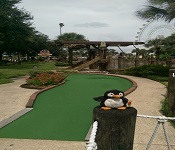 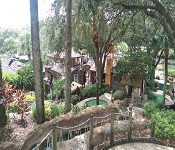 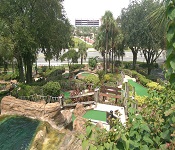 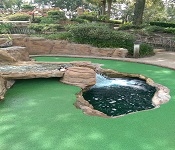 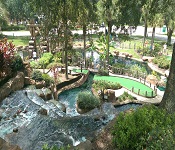