The miniature golf course owned by Pelican Snoballs, is another former putt-putt. It has many known holes. It has a saddle back, Runaround, Turnaround, Water hole, and Table top. A friend of mine who is a professional putter from PPA, told me about hole 6. It's called a gun site hole. There aren't many holes made like this. He knew of another hole like this from a putt-putt in Texas. The gun site hole is said to be one of the weirdest holes in the history of putt-putt. Hole 14 is a loopty loop. I've been to many minigolf courses and putt-putts, but never came across a loopty loop. The carpets are made of astro turf, the course now uses 4x4 wooden beams for bank rails, and the holes have number signs with the pelican on them. 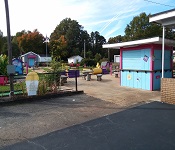 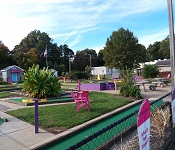 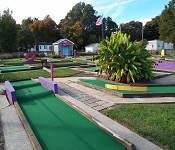 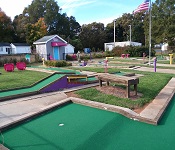 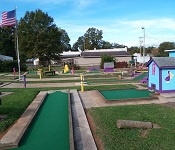 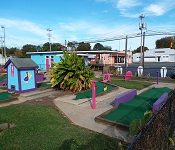 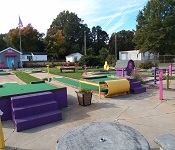 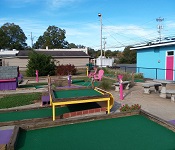 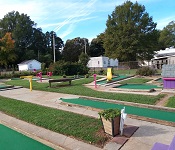 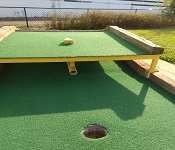 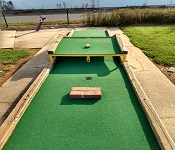