The two courses at Mountasia are part of a larger entertainment center, which includes go-karts, video games, food, etc.  The complex is set up in hill country above Los Angeles and, perhaps as a nod to that setting, the location itself is “mountainous” with the two courses available covering some change in elevation.  There isn’t much in the way of theming to the courses as the holes are general adventure course style without any obstacles or other decorations.

Both courses are nicely spread out over the terrain and use the ups and downs to their advantage in the holes.  There’s plenty of space between the holes and while we played in the early evening there seemed to be some respites from the California sun available. However, the holes themselves need a good amount of maintenance. The carpets are mostly worn thin so they run very fast.  There was a decent amount of debris (moss, dirt, water stains, etc) on some of the holes and some rips/tears in the carpet as well.  On the occasional hole some of the boundaries has some issues as well and once that caused an errant out-of-bounds for us. That all being said, it’s not too hard to adjust and our scores weren’t far over par, having been our first time through the course (though all of us were seasoned putters – scores will likely be higher for more casual putters).  There were only a couple of holes that were somewhat more difficult to play because of the weathered conditions.  The course was about average when it came to hole design, with most feeling like known variations of adventure style holes.

In the immediate area there isn’t much else in the way of courses, so it’s worth a play if you are hankering for putting.  It’s about an average course when it comes down to it so you won’t be blown away and even with its faults at the cost (especially if you do one of the packages) you won’t be disappointed either. We hear it’s a bit better in the evening as well as they light up the waterfall for some nice atmosphere while putting.

For another view of this course, check out our friends A Couple of Putts’ review! 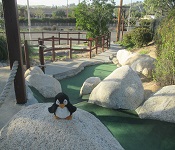 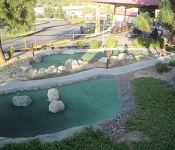 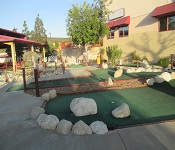 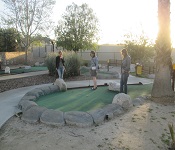 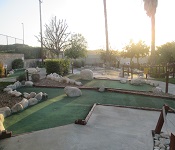 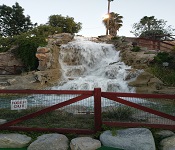 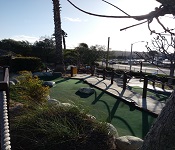 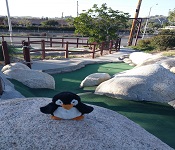 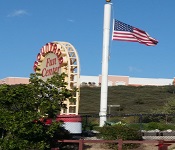 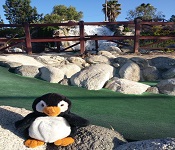 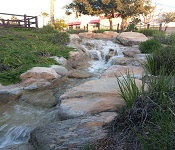