This course is simple and decent for the price, but it is in need of some minor repairs and upkeep.  With some replacement of carpet and a coat of paint on a few things this course would be an excellent value for the price.  The landscaping is neat and the help is very pleasant.  The course has mostly standard fare as far as the holes go with the exception of one horizontal loop and a pseudo-pinball hole.  Other obstacles include the standard windmill, loop-de-loop, lighthouse and castle.  Although there isn’t much creativity in the holes, they are the classic design of mini-golf which we appreciate.  It also follows another of the classic mini-golf styles in that it looks like the course was stenciled into a giant slab of concrete.  The course isn’t all that difficult and the pars are set very high so a decent round of golf will have you shooting at or under par.  Other than that there’s not much that sets this course apart from others.  It’s not a must play, but its not a bad one if you’re in the area.

The course hasn’t changed very much over the years.  While we found the carpets to be in good condition the starting mats were not.  They were also set back from the carpet of the hole so there was a strange little piece of concrete in the middle of your putt.  We failed to mention that this course also use metal cups for its holes so there is always the drawback of the inconsistent drop that comes with them.  All of the obstacles were in good condition and looked like some maintenance had been done on them.  We found the course to be a little tougher than last time.  The first putts are fairly straightforward but the second putts are tough as some of the carpets are uneven and it makes it hard to make a slow putt.  Most of the obstacles are of the “putt through this variety” so there are a fair amount of opportunities for aces.   Like some of the other courses we’ve played in Connecticut this one has the great redeeming factor that it is only $5 to play, which is only $1 more than when we first reviewed this course eight years ago.  It’s definitely worth the play if you are in the area but is likely not one you would want to travel far to play.

The positives and negatives of this course have remained fairly consistently over the years.  The landscaping is still excellent and most of the obstacles look like they have been freshly painted and kept in decent shape. However, we did find some of the carpets slipping in condition and the starting mats still have much to be desired. The course also seemed to have a decent ant problem across many of the holes. There are still metal cups and there was inconsistency in terms of which cups used flags and which didn’t.  While the horizontal loop on hole 7 till is one of the more unique designs we’ve seen we had great difficulty playing it well and there seemed to be some design issues with it. Overall our assessment remains the same though as the cost to play the course is extremely reasonable and the flaws can be generally overlooked for the price. 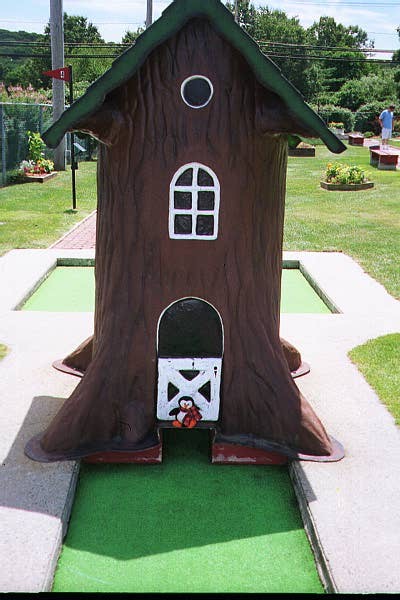 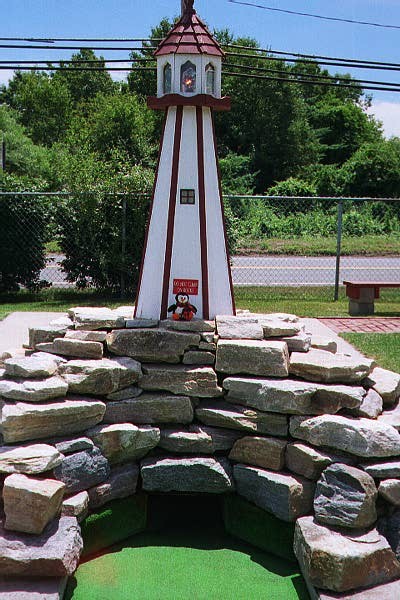 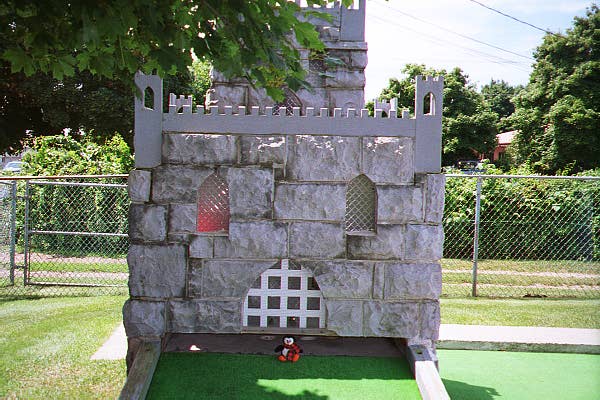 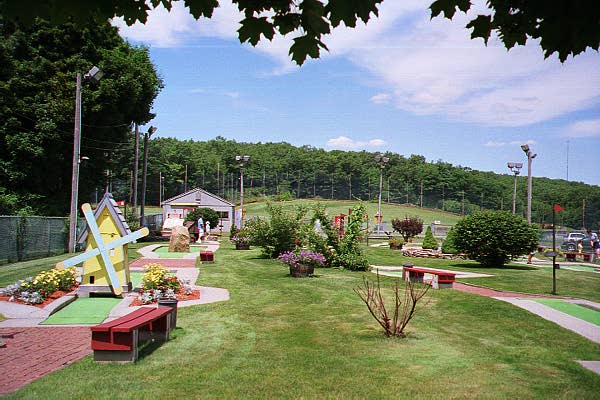 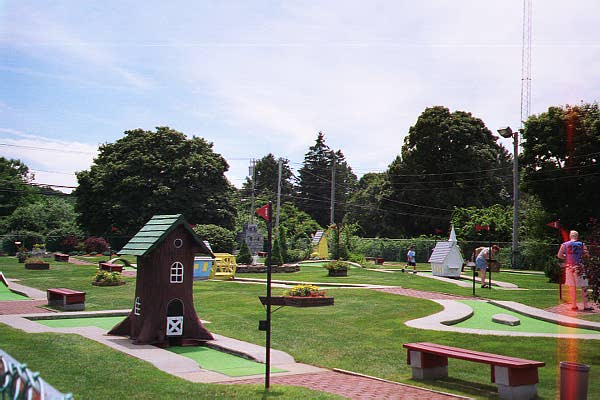 Overall a cute solid little course - a few small maintenance issues. Unlike some reviewers I like rubber tee mats, however some needed replacing. Also the metal cups need to be hammered out - cause shots to catch on the edge & miss - hence my slightly higher difficulty score. Extremely pleasant staff, good location, standard obstacles - although added a creativity point for the glowing castle. Good customer service - I earned a free game but don't live in the area - I was told it would be honored next season. Reminded me of the course I played growing up - would play often if I did live in the area.