Over 30 years ago, this course was visited by author and photographer John Margolies, who wrote Miniature Golf, published in 1987. This is a beautiful course. The way it's holes are laid out, they're staggered around a big hill, with beautiful landscaping. The lighthouse on the hill top has three streams of water flowing down in three directions. It also had a big pond in front of the building, with a sprinkler. The place was also beautifully lit up at night. The lighthouse on the hill had a spinning light shining. The course is over 40 years old. It's easy to tell the course was old, when there was so much work put in it.

Whoever built it was very creative. It was a hard course to play. Many holes were uneven, probably because the concrete changed overtime. The holes were still able to be aced with curved shots. Ex. Hole 2: The back hole was uneven. If you missed, the ball would roll to the right against the bricks. Paring it wasn't a problem. The ball just had to be hit harder. I was able to ace it, with a fast curve bank shot, making the ball curve left, rolling into the hole. You can watch my video here. Hole 16: This hole can be aced with a slow curve shot to the left, before the first slope and you can watch that here.

The price for a game was the cheapest. $7.00 a game. The owners Mr. and Mrs .Spell are very nice people. They are golfers. They owned the course for over 20 years. This is a play through video of Lighthouse Golf. 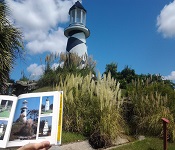 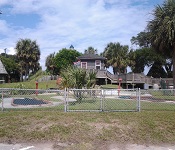 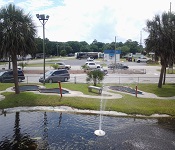 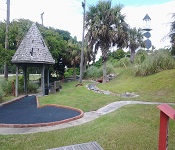 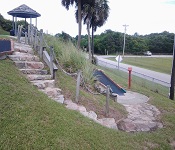 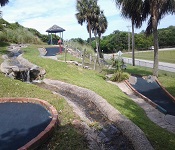 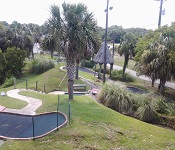 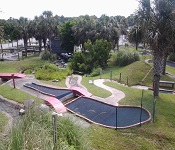 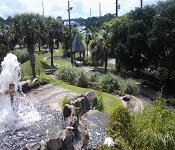