This is a relatively new course (3 years old at the time we played it) and is a fairly classic Harris course in terms of hole design.  However, the owners have tried to spice a few holes up a bit (more on that below), which may not have been to the betterment of the minigolf play.  The High Tide course is where we completed our challenge against Biggie, after which we took a spin on the Low tide course.

From a course atmosphere perspective, both courses are sprawling and use the land and elevation well. They are decorated with a lot of local historical facts and design elements which fits well given the courses location at the tip of the island.  We felt the Low Tide side brought a bit more of that local color into the course but either route was enjoyable. There’s plenty of space between the holes and given its age and location it is in very good condition overall. While it’s landscaped well, there isn’t a ton of shade on the course so having the breeze off the water is a big help on a hot day.

In terms of hole play, most of the course plays just like any other Harris course will.  You’ll have shots at some aces, need a few good bounces (and no cracks) and most of the deuce putts roll true to how you would read them. The massively confusing part of this course is the two holes on High Tide and one hole on Low Tide where the owners just dropped some obstacles in the middle of the holes.  Word is that it was done because those holes were “too easy” but in our opinion they would have been fine without them.  All 3 obstacles take away any sort of traditional ace line and in general just are wildly out of place. Our initial analogy was that it was like staying at a 5-star hotel but they only had Taco Bell for dining options.  We love Taco Bell (or in this case obstacles) but they have a time and a place and this course didn’t seem like either. For most players it probably won’t be too noticeable but if you are a minigolf enthusiast they will stick out to you for sure.

Despite those little flaws we did enjoy our putting around this course and would recommend it to anyone in the Long Beach Island area.  As it’s right at the end of the island there’s plenty of locations to take some time and have a snack by the water as well, then you can head back down the island and hit many of the other courses there. 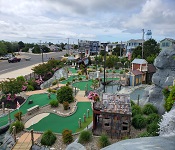 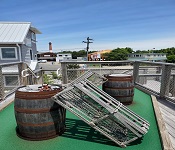 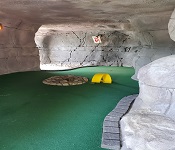 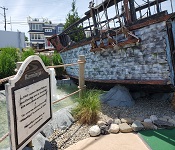 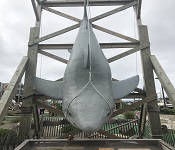 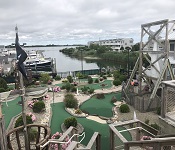 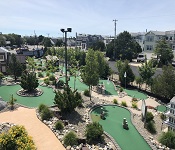 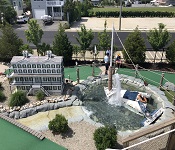 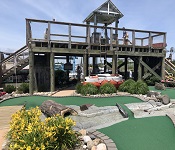