While this was a pop-up bar, given its permanent structure and longer running time, we included it in our state pages versus the Novelty page.  As of the time of this writing, they are posed to open their new location in Huntington Beach, CA. This pop-up originally started as a Kickstarter campaign, which we were happy to contribute to.  We were very lucky that we happened to be in the Los Angeles area while the pop-up was running, which we didn’t think we’d be, since we’re normally East Coasters. The idea was to bring a bit of the British minigolf pub style entertainment to the United States. We say they definitely succeeded in that the first thing we thought of when seeing the course was that it was modeled like a miniature Swingers, of which we had visited both their London locations.

The course itself was not very big, set in a room not much bigger than a large basement, but they made good use of the available space.  The entire floor was covered in carpeting and there was ample decorative lighting and places to put your beverage. We took advantage of being the only group there by removing our shoes and enjoying the carpet on our feet.  There was a decorative entrance way between the main lounge area and the course which was great for pictures.

The holes were all quite short because of the limited space but that didn’t mean they lacked in design. In fact, each of the holes had a different execution and there wasn’t really any just “stand there and hit the ball” type shots. Since we had a chance to play through again we got much better the second time around after figuring out the angles and speed. The holes looked very much like miniature Swingers holes with the wood design and layout.

The price was a little expensive given the short nature of the course but given it was a pop-up bar in LA (and priced similarly to the same style courses in London) we managed to get our money’s worth.  It will be interesting to see what their next location brings.  The drinks were good, though also LA priced. We had a good time chatting with the owner and the bartender about our minigolf experiences and as we were leaving there was a group of people enjoying the lounge area with the huge TV.  While we can’t recommend visiting it since it doesn’t exist, we would recommend checking out any future spaces as we’re sure you’ll enjoy your time if willing to part with a little extra money. 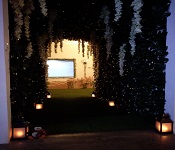 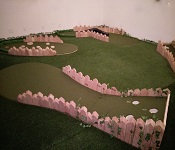 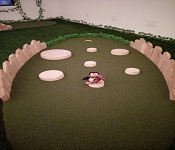 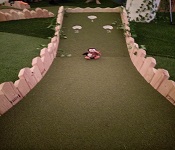 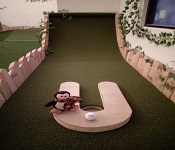 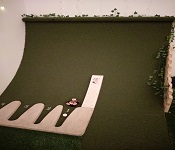