This course is about five blocks inland from the beach on one of the main roads into the beach resort town of Noordwijk aan Zee in The Netherlands.  It is part of a complex called , which, in addition to the mini-golf course, includes a bowling alley, trampoline pits and a snack bar.

The course is laid out like a typical American course with artificial turf as the base and a number of different obstacles to consider.  There are some interesting miniatures of historical buildings along the path that add a bit of local culture and atmosphere.  The course is relatively compact, with some built in slope.  The slope adds difficulty to some holes as you are putting uphill.  A number of holes are connected to each other via the carpet.

To make things interesting, there are several holes that have two tiers, including the finishing 18th hole, where one must put into a hole on one tier and then finish into a second hole on a lower tier.  In addition, several holes make you think by presenting two routes to the hole. There are some interesting obstacles with rock sentinels and log and a log corral forming part of the challenge.  The reviewer's favorite was on the 14th hole, where a ball and chain was placed across the green.

The course could have been in better shape.  The carpet was fairly worn and housekeeping could have been better.  The bridge on the 5th hole was partially submerged in a small pond.  One point was taken off of the atmosphere due to these conditions.

The course will give the average player some challenges but it is not particularly difficult.  The double holes and upward slope of some holes add difficulty.  Some holes also have added length that requires proper putter speed to score well.  It is easy to lip out on a number of holes due to a less than flat

surface around the cup, requiring putts to be centered.  An average player should be able to easily make par on this course. 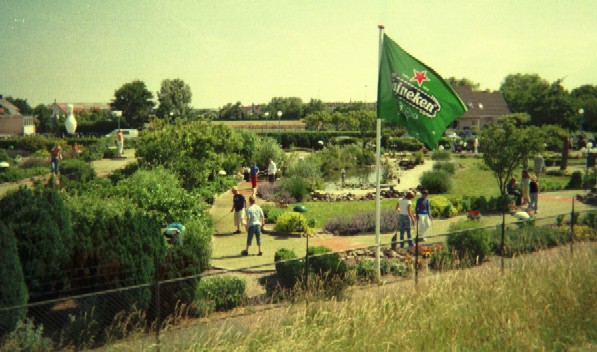 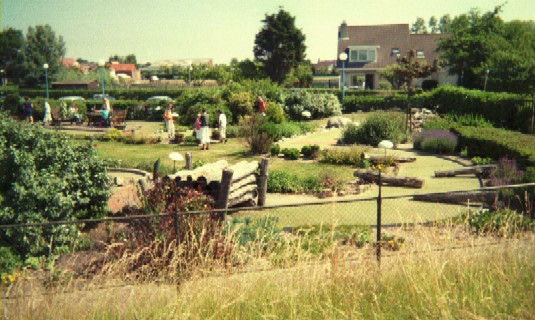 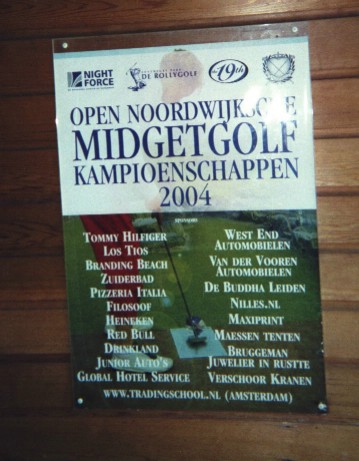 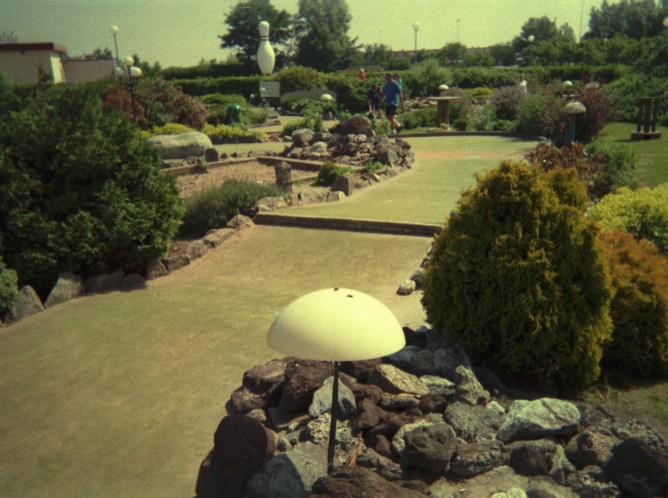 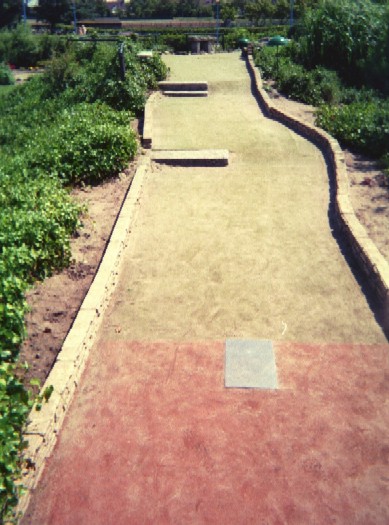 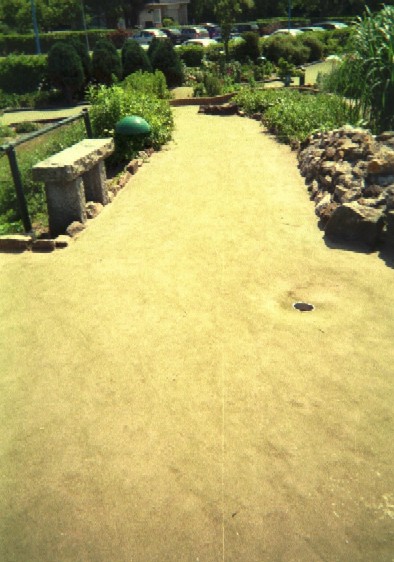 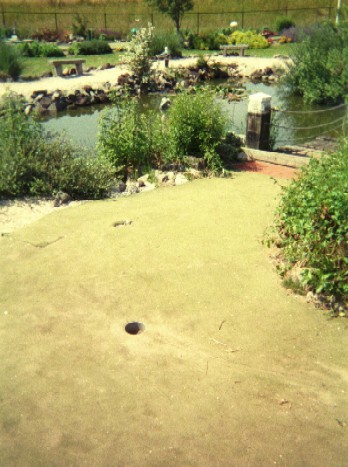 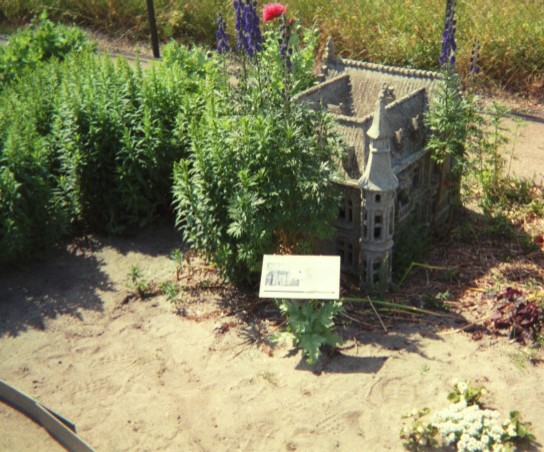 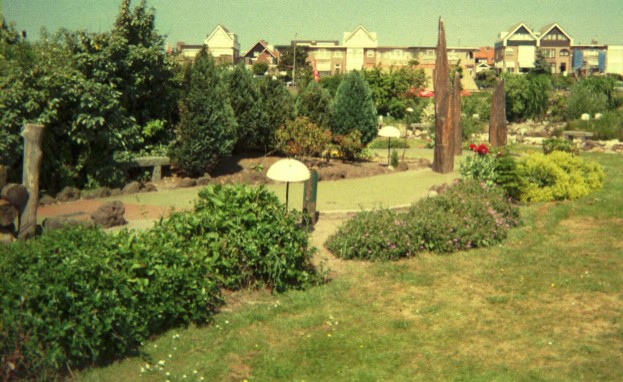 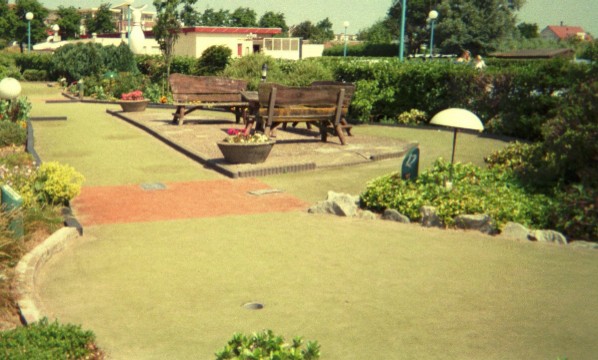 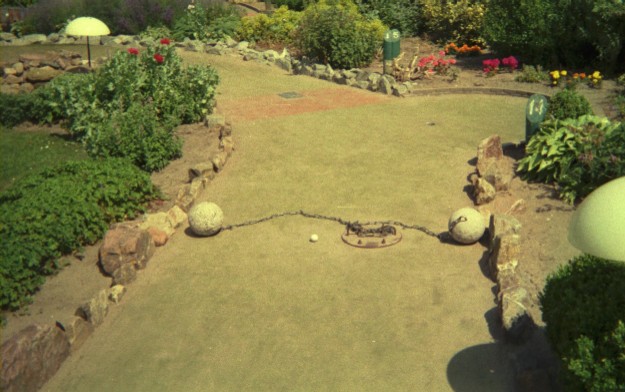 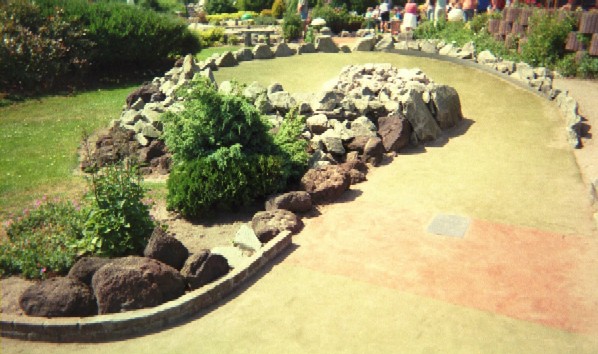