I asked the main manager when the place was built, and he thinks 1982. Adventure Landing took over in 2003. It has three courses. The professional putter's association had tournaments telivised here, on the third course, from 1985-87. The southern putting tour uses the second course for tournaments. Some of the holes on course three have changed over time; they don't look same as on tv, and the ball breaks different. The landscaping is beautiful. The main manager did all the work. 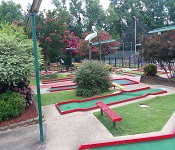 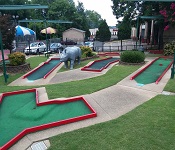 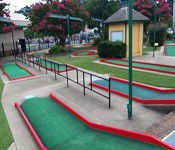 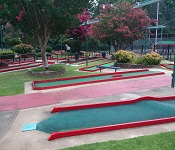 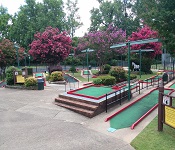 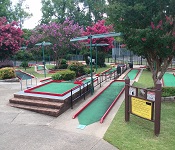 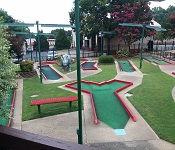 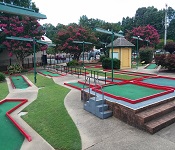